MSNBC host Tiffany Cross and her panel on “The Cross Connection” were in fits laughing Saturday over a scene from Donald Glover’s surrealist drama “Atlanta,” which depicts two white people nervously discussing reparations for slavery.

In the upcoming episode, the two characters fret over their futures. “It’s cleared the way for personal litigation. Now they can look you up and force you to pay the price,” one says.

Following the disbelief of the other, they continue, “Yeah, it’s scary. I’m looking at my family tree right now to make sure I’m in the clear. Everybody else is, too.” Both of them glance over at their Black coworkers, laughing with each other across the office. “Lucky them. Not a care in the world.” 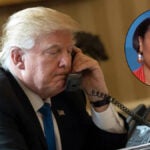 After playing the clip, Cross opened the floor to one of her panelists, activist and author Tim Wise, who was joined by regular contributor Jason Johnson. Wise said, “It is brilliant. It is genius. And as Jason said, it is sort of the nightmare scenario that my people have when it comes to this, right? It’s this idea that we’re going to have our water bill, our cable bill and oh god, there’s the Black people bill — I totally forgot to pay that one last month.”

His comments elicited hearty laughs from Cross and Johnson. Wise continued, more seriously, “To the extent that it tweaks that kind of bizarre interpretation of what Black folks are talking about when they talk about reparations or what it would look like, I think it does its job right, but what I really do appreciate about the episode is that it demonstrates the way that the intergenerational transmission of advantage and disadvantage is the ghost in the room of the national house…It doesn’t just haunt those who were harmed by it, it haunts those who were elevated by it.”

Wise, who has written a number of books on anti-racism like “Dispatches from the Race War” and “Dear White America,” added that the goal of reparations is to right a “collective harm.” 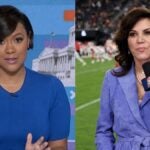 “But I got to talk my people down off a ledge now,” he concluded, drawing some more laughs from the panel, “because this is so well done that white folks are like, ‘See, this is what they’re going to do. They’re going to show up at our house.’”

Watch the panel discussion at the top. 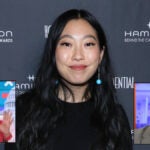