SEOUL—South Korea’s SK Innovation Co. Ltd plans to invest 5.1 trillion won ($4.32 billion) to build battery production facilities in the United States through its battery joint venture with Ford Motor Co. through 2027, the company said in a regulatory filing on Tuesday. The South Korean battery maker, which supplies electric car batteries to Ford Motor and Hyundai Motor Co., among others, has battery production sites in the United States, Hungary, China, and South Korea. ($1 = 1,179.6200 won)

As Tighter French-Language Laws Loom, Is It Time to Recognize Montreal as a City-State?

Tue Sep 28 , 2021
Commentary Now that the federal election is over, we Montrealers are turning our attention to the city’s mayoralty elections, scheduled for Nov 7. The two viable candidates are incumbent Valérie Plante of the Projet Montréal party and her predecessor Denis Coderre of Ensemble Montréal, who is seeking a comeback. Together their […] 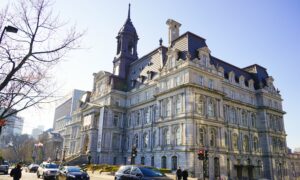