Furthering their longstanding mission to serve the Church through biblically-grounded, creatively compelling worship resources, the renowned duo Shane & Shane have bowed their first full-length set of original selections in more than six years. Psalms, Hymns, and Spiritual Songs, Vol. 1 released on July 23 to critical acclaim, and tracks from the project have already landed on multiple playlists, including Spotify’s Top Christian and Apple Music’s Worship Today.

Featuring 13 newly-penned songs inspired by Colossians 316, the album was produced and co-written by Shane Barnard and features such contributing songwriters as Bryan Fowler, Jimmy Needham, Robbie Seay, and others.

The album’s opening track, “Psalm 42 (Loudest Praise),” is a blues and gospel-tinged call to worship with a nod to the timeless hymn “Come Thou Fount of Every Blessing.”

Wed Sep 29 , 2021
The push for Australia to legislate a net zero emissions target has spurred discord from some government officials who firmly believe the climate policy could harm Australia’s energy security and industry amid the UK’s own unravelling energy crisis. Australia has faced criticism for not setting a 2050 net zero target—a […] 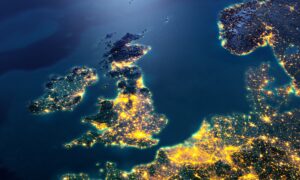