Quavo, 50 Cent, NBA YoungBoy + More Give Back To Their Communities Ahead Of Thanksgiving

This Thanksgiving, rappers like former Migos member Quavo, 50 Cent, NBA YoungBoy, and more, are in a giving mood this holiday season. Many are passing out turkeys, hosting dinners, and assisting those less fortunate. 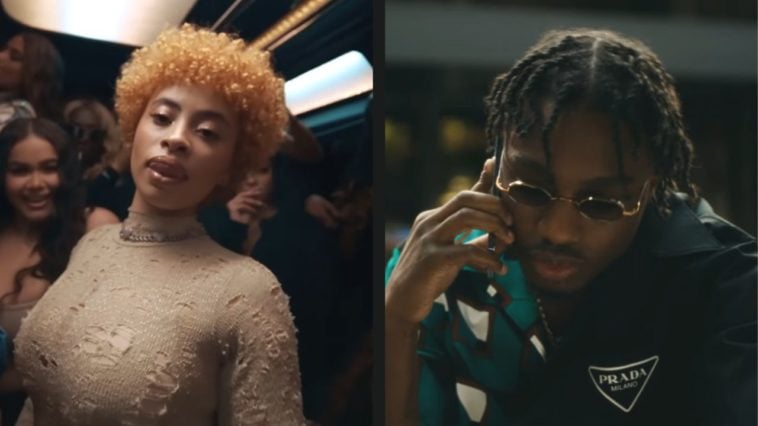 Migos rapper Quavo is still grieving after the tragic passing of his nephew and fellow Migos member Takeoff. However, Quavo still came out to pass out free turkeys to Atlanta families just days before Thanksgiving.

According to local news in Atlanta, Quavo used his foundation, Quavo Cares to pass out free turkeys at New Bethel International Ministries food pantry in Atlanta on Monday.

Another rapper in the giving spirit is TV mogul 50 Cent, who recently collaborated with the Houston Rockets and his G-Unity Foundation. His team handed out free turkeys in the Houston community on Tuesday.

NBA YoungBoy attempted to bring peace to his hometown of Baton Rouge, Louisiana, by hosting a Thanksgiving dinner for needy families. The Louisiana native and his friends gave out 500 free turkeys to those in the city, according to local news in Baton Rouge.

In addition, Memphis rapper GloRilla surprised a fan by sending her $1,000 via Cash App. The fan had reached out to Big Glo on Facebook to request a $400 loan, and the “F.N.F.” rapper gave her a surplus, saying, “stay blessed.”

Rappers Ice Spice and Lil Tjay teamed up for a food giveaway in their hometown of the Bronx, New York at Fordham University. Families in need took home turkeys just in time for the Thanksgiving holiday.

A large crowd gathered as the “Munch” rapper Ice Spice, and Lil Tjay helped host a food drive for families in the Bronx. Both rappers, also natives of the borough, had hundreds of fans waiting outside just for them to arrive.

It is unclear how much the two may have spent on the turkeys or how many families went home with one. People who went to the drive say it was worth the wait.

Lil Tjay, who was recently hospitalized after a shooting, was just glad to be home.

Lil Tjay dropped a freestyle to a 50 Cent classic, “Many Men.” He titled it “Faceshot” and discussed getting shot in the summer and the beef with A-Boogie.

Kamryn is a Florida native and graduated from Florida A&M University with a bachelors degree in broadcast journalism. She has experience in News production and enjoys to write about the latest news in entertainment. She also likes to interview artists and would love to be a TV host some day. Her favorite artists are Beyonce, Megan Thee Stallion, Kanye West, Usher, and Lauryn Hill.