Megan Thee Stallion has clapped back with a heavy hand against her record label’s claims that they’re not paying her because she owes them music. Megan said they’re drug addicts, money hungry, and are scapegoating her when the real issue is with Houston music icon, J. Prince. 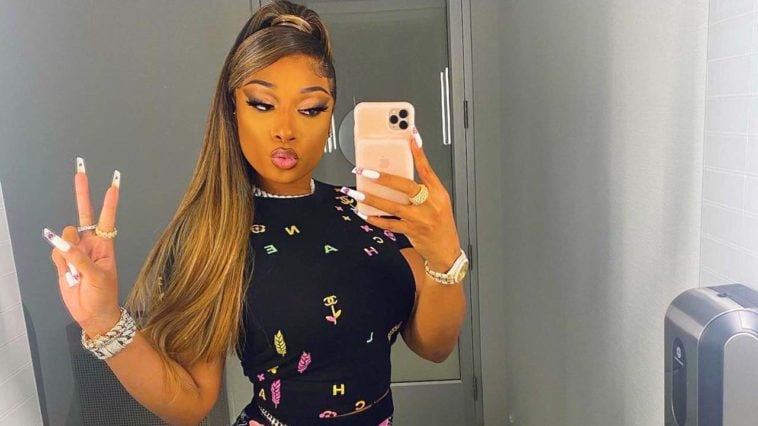 Megan Thee Stallion took to Twitter to shut down all claims from her record label 1501 Certified Entertainment, which is suing her saying she owes them more albums.

This has been an ongoing battle between the artist and her label and Megan’s clearly had enough.  The Houston superstar had time for all the smoke and went on a Twitter rant about claims brought against her. One tweet said:

How can I owe you any of MY money outside of music when your team can’t even provide ACTUAL statements of what i owe… you also haven’t PAID ME since 2019. Your team signed off on SOMETHING FOR THE HOTTIES to count as an ALBUM now it’s not? Jokes.

Megan also said she’s a scapegoat for the real issue that exists between her label and J. Prince – the owner of Rap-A-Lot Records and Houston music icon.  In 2019, 1501 Certified Ent. joined forces with businessman and music executive, J. Prince in a multi-year consulting deal.   Megan says, Carl Crawford of 1501 is scared to take up his issues with J. Prince directly and is targeting her instead.

Carl I don’t wanna be signed to yo pill popping ass! You talking abt I ain’t paid for a show and you sound slow. Im the artist I don’t pay you directly maybe fight with THE MAN YOU SIGNED TO AND YOU MIGHT SEE SOME MONEY YOU FUCKING POWDER HEAD! You hiding behind JPRINCE

1501 Certified Entertainment is claiming Megan’s last album, Something For The Hotties, actually wasn’t an album. The label is claiming she owes at least 2 more albums and a lot of money. According to 1501, the “album” includes spoken interlude recordings and pre-recorded songs that violated Megan’s contract.

In the suit, the label says Megan was aware any album she makes must include at least 12 “new master recordings of studio performances,” and the songs have to be previously unreleased. Essentially, 1501 says they have to approve all the tracks Megan records and they’re saying that didn’t happen when Megan dropped Something for Thee Hotties. 1501 is requesting that the judge approve these claims, in this case, Megan will owe 2 more albums.

Megan says the label “signed off” that Something For Thee Hotties would be acceptable to fulfil her contract terms.

The label is also claiming Megan needs to cough up some coins for expenses on jewellery and chains they purchased for the Houston Hottie.  Back in August, 1501 Entertainment blocked new music from being released. The Judge ruled in her favor, allowing Meg Thee Stallion to release her “Butter” remix with the globally famous group BTS.

Megan is also caught in the middle of another lawsuit indirectly.  Turns out dancehall artist Shenseea and her label, Interscope Records, have been hit with a $10 million copyright lawsuit for her hit single, “Lick”. The song is on her new album Alpha and features Megan Thee Stallion.