Fans came to Mariah, The Scientist’s defense amid comments by a YouTuber, Fab Socialism, claiming she is only getting her music played because she is light-skinned. 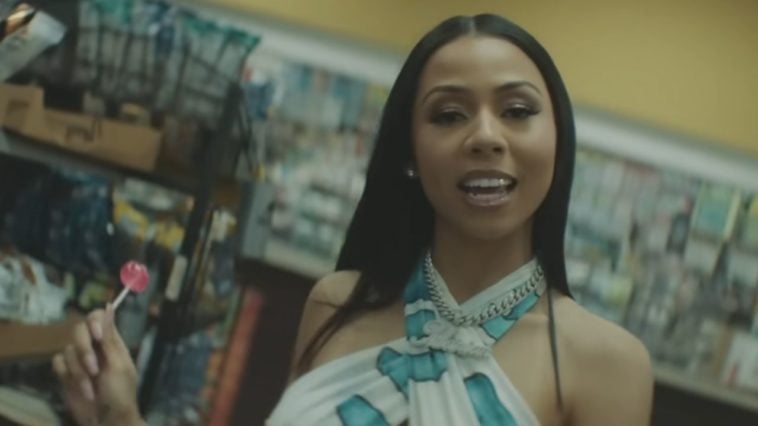 After being discovered as more than just Young Thug’s girlfriend, R&B singer Mariah The Scientist’s name was ringing on Twitter over a debate that her light skin privilege benefits her career.

The debate was sparked by YouTuber Fab Socialism.

The “Spread Thin” artist responded by saying that the claims were “rude and divisive”, especially coming from another Black woman. She further said it appears women want her to loathe herself.

Mariah also noted that she has almost hit 400,000 streams on Shazam alone.

Fans on Twitter have come out to defend her.

“I Think these bitches retarded because Mariah The Scientist is clearly black, she’s just lightskin.”

Another user said Fab Socialism’s comments are a tale of today’s current climate:

“That girl sat there for a hour bashing Mariah The Scientist because she’s lightskin, it’s a sick world we live in.”

Meanwhile, the aforementioned “Spread Thin” has become one of Mariah’s top streaming songs.

Recently, SOHH did a profile on how the singer came up in her career before recently getting her buzz going.

Mariah began her rise to stardom in 2018 when she released her independent project “To Die For.”

In 2019, the “2 You” artist caught the attention of Tory Lanez to the point where he signed her to his label One Umbrella, alongside RCA Records.

Kendall Parks is from Cincinnati Ohio. He’s into sports and an avid listener of throwback hip hop all the time. He’s really big on Black Politics.