Lindsay Lohan and Bader Shammas have been snapped for the first time since the couple wed in a private ceremony earlier this month.

Lohan and Shammas looked comfortably casual as they strolled through New York City’s John. F. Kennedy Airport Friday, with the actress wearing a white button-up shirt, light blue jeans, sneakers, black t-shirt and matching mask while her hubby walked a few paces behind in a black t-shirt and jeans.

The couple wed quietly in an intimate ceremony in early July, with the star taking to Instagram shortly after to gush over her new groom.

“I am the luckiest woman in the world. He found me and knew that I wanted to find happiness and grace, all at the same time. I am stunned that this is my husband. My life and my everything. Every woman should feel like this everyday,” Lohan, 36, shared at the time. 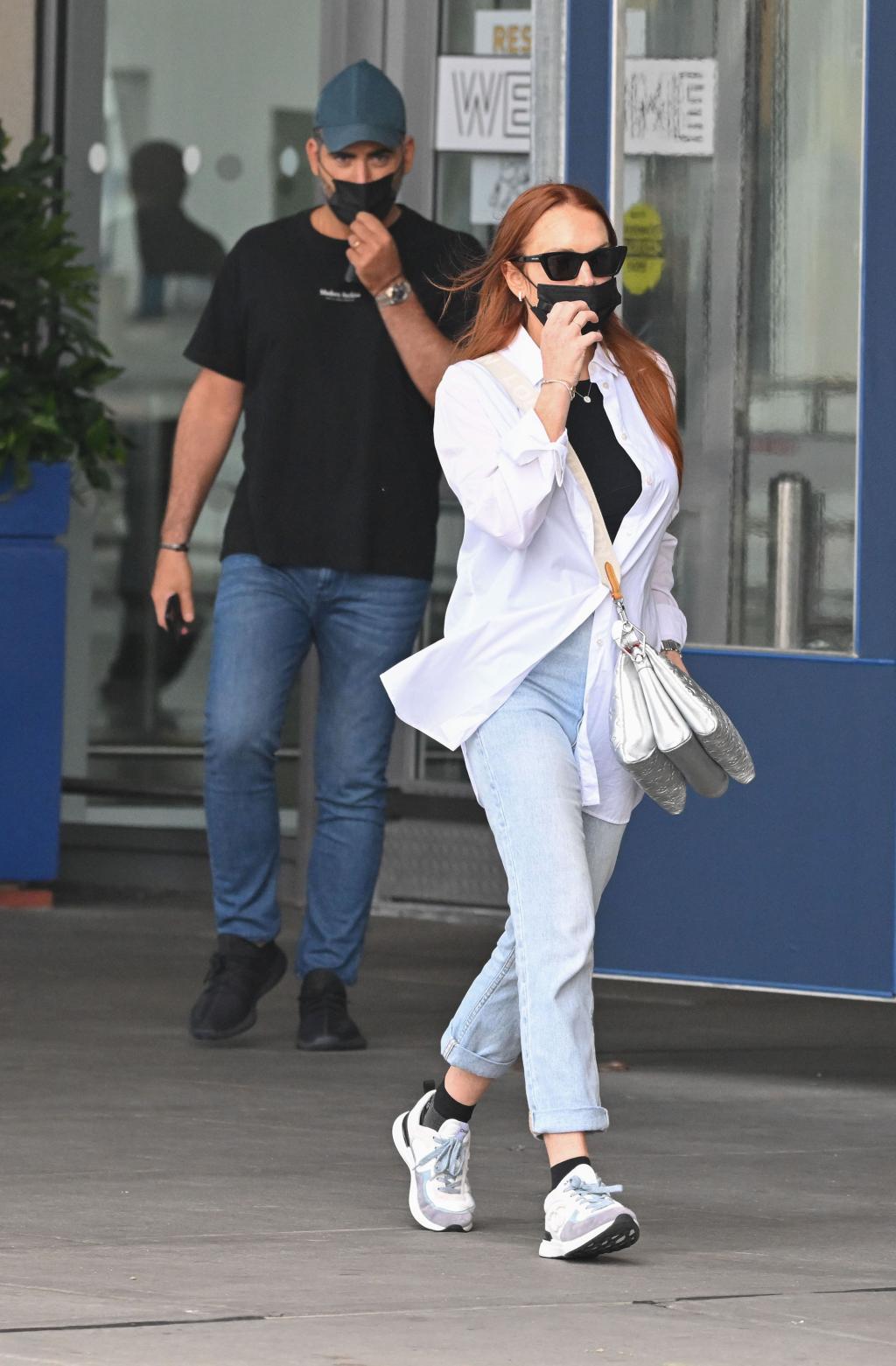 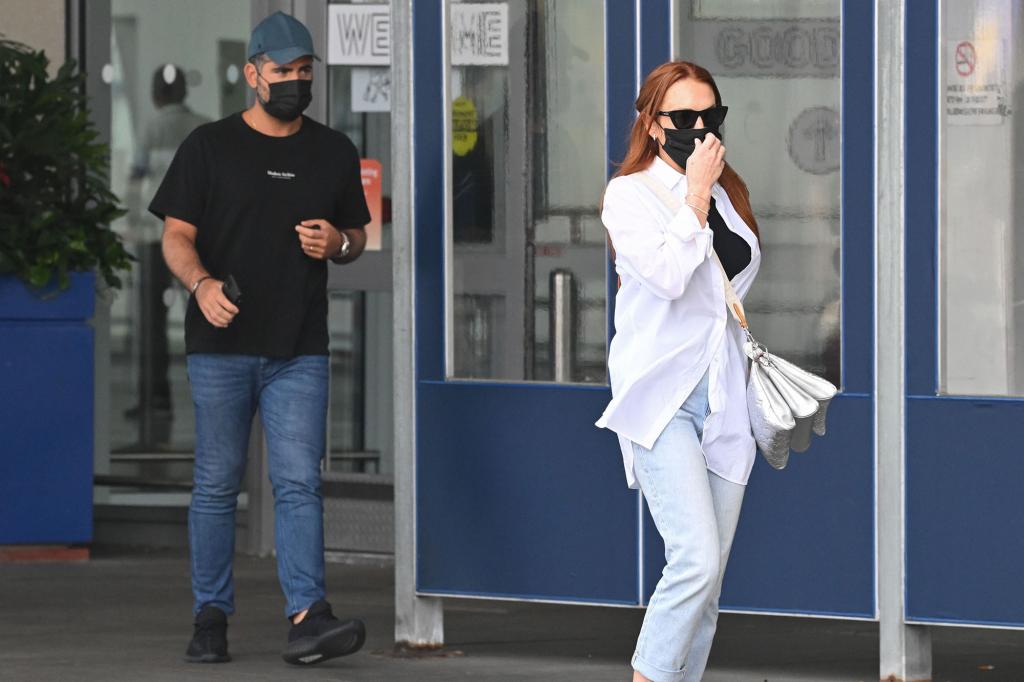 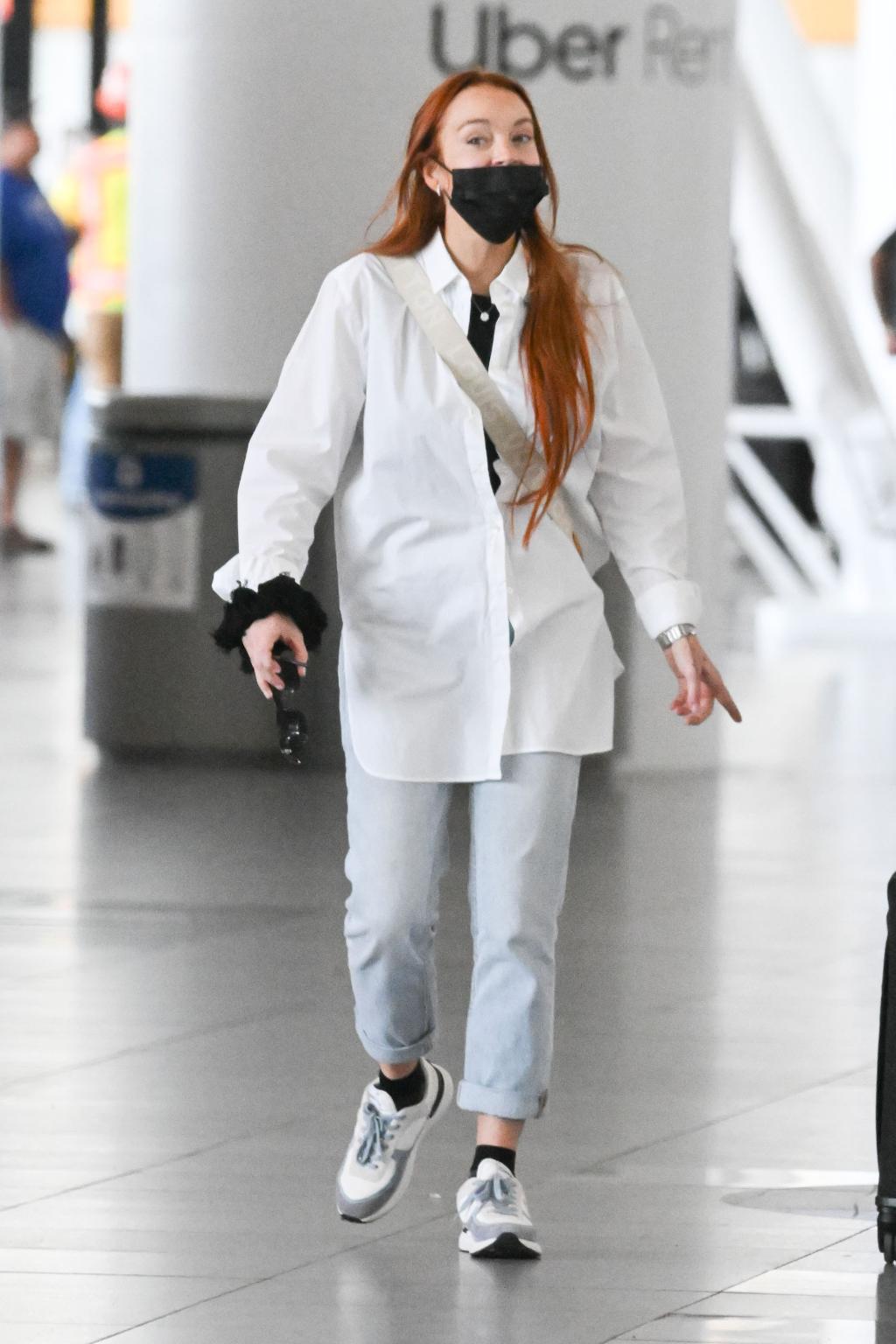 Hours after Smith took to social media to apologize for…

The couple ventured off to Turkey for a lavish vacation after tying the knot.

The “Parent Trap” actress met the Kuwait-born financier while living in Dubai. He popped the question back in November — proposing with an impressive Harry Winston ring.

Lohan’s father Michael Lohan previously told Page Six of his now son-in-law, “He’s not a Hollywood type, you don’t see any pictures of them in the press. That was one of Lindsay’s problems — the paps encroaching on her and coming up with stories. It was tough. But she’s with a guy who doesn’t like the limelight.”

“She’s relaunching her career and you want a good person in your life when you hit that restart button,” he added. “Everyone’s happy. Lindsay got her life back when she met him, she’s been living a really happy and healthy life.”

Lindsay Lohan's "Confessions of a Teenage Drama Queen" -- Look Back!Lindsay Lohan has us circling our calendars for one...

Joshua Jackson exclusively told E! News what he has learned since becoming a dad to his two-year-old "boss lady"...

Kesha Addresses That GHOST SEX RumorPebe Sebert is setting the record straight on Kesha's lyrics. After the "Take It Off"...
- Advertisement -

Ned Fulmer Leaves The Try Guys After "Workplace Relationship"The Try Guys are trying to move on without Ned Fulmer. On...

Nearly three months after Spencer Webb's death, his pregnant girlfriend Kelly Kay sent the athlete a message about their...

Authorities are reporting that at least 81 people in...

Joshua Jackson exclusively told E! News what he has...
Entertainment