BRUSSELS—The European Union will extend a mechanism to monitor and potentially limit the export of COVID-19 vaccines from the bloc until the end of 2021 from the current deadline of end-September, an EU official said on Wednesday. The European Commission, the EU’s executive, said earlier this week it would propose such an extension, but initially not all governments supported it because vaccination campaigns in the EU have been advancing quickly and there are no longer any shortages of shots like in the first half of the year. Still, uncertainty about the need to secure booster shots as new variants of the coronavirus emerge convinced all governments to retain some control over exports, the official said.

Thu Sep 30 , 2021
BERLIN—YouTube says it has shut two German channels of Russian state broadcaster RT in a move centering on alleged COVID-19 misinformation, a decision that drew threats of retaliation from Russia on Wednesday. YouTube, which is owned by Google, said RT’s German branch had received a “strike” for uploading material that […] 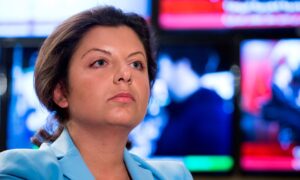