Japan’s Liberal Democratic Party has chosen Fumio Kishida as its next leader. He is considered the next likely prime minister of Japan after the general election later this year. His primary focus is on China and peace in the Taiwan Strait. We ask experts about the links between Taiwan and Japan, and what binds them together.  Then we analyze why China is suffering an electricity shortage—looking at the surface problem, but also the bigger implications. Is it a coal shortage or something worse? And how are the expanding data centers in China playing into this power crunch?

Thu Sep 30 , 2021
An Australian MP in the state of New South Wales (NSW) has urged the state Health Minister Brad Hazzard to retain thousands of frontline health workers who are not vaccinated against the CCP virus. In an open letter to Hazzard, Education Minister Sarah Mitchell, and the Minister for Police and […] 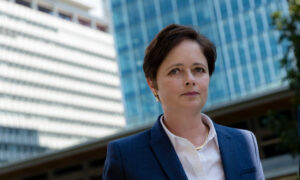