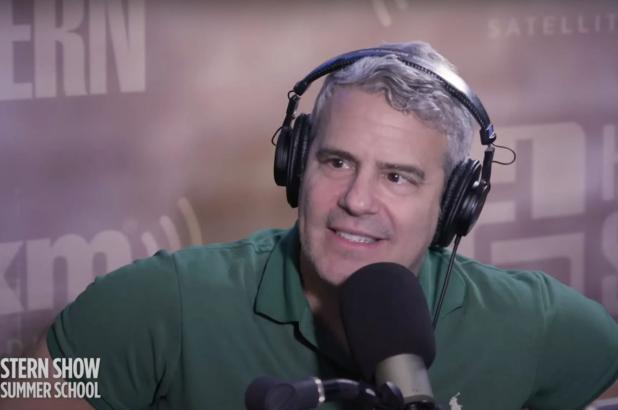 Andy Cohen has opened up about his dating life now that he’s a father of two young kids.
YouTube/The Howard Stern Show

Andy Cohen opened up about how different his dating life now looks after recently becoming a father-of-two.

Appearing on SiriusXM’s Stern Show Summer School, the “Watch What Happens Live” host spoke to hosts Gary Dell’Abate and Rahsaan Rogers about what it was like trying to date while being a single dad.

Admitting that dating as a father of two young children is “emotionally chaotic,” Cohen said there’s understandably been a shift in priorities since becoming a dad.

“Thank you. Thank you, Rahsaan,” Cohen joked, adding, “Okay. So the answer is the dating thing that, you know, I have had some dates.”

Asked how he determines when it’s a good time for his date to meet his children, Cohen remembered a recent relationship in which his boyfriend actually met his son.

“You know what, actually, this is someone who had met my son. I was on a vacation with my son,” he said. “And I had met this guy when I was on vacation. And so he actually had met him.”

“I just vibed it out when the time felt right,” he added.

Cohen welcomed both of his children via surrogate — Benjamin in February 2019 and Lucy in April 2022.

Even though he used different surrogates, the TV personality recently revealed they are still “biological siblings.”

This collab is over 9000! by Liam Doolan 3 hours agoUpdate : Well, it seems the official trailer for...
- Advertisement -

It's August, and that means that Geoff Keighley's Never-Ending Train Of Games is chugga-chuggin' into Cologne, Germany for the...

Revered rapper Nipsey Hussle was posthumously honored with the 2,729th star on the Hollywood Walk of Fame on what...

US Auto Trust, a fast-growing dealership group led by...

Aston Martin is rolling out a concept car this...

Wave Race 64 makes a splash later this week by...
Entertainment

It's August, and that means that Geoff Keighley's Never-Ending...
Entertainment

Revered rapper Nipsey Hussle was posthumously honored with the...
Entertainment

ZAYN appears to be getting a little nostalgic, posting a...
Entertainment

The Game drops a 10-minute diss track about Eminem...

41 Killed, Including 15 Children, in Church Fire in Egypt

Riley Clemmons Uses TikTok, Social Media as a ‘Platform for Kindness’ – ‘I’m So Passionate’ About it

25 Percent of Evangelicals Say They’ve Spoken in Tongues, but Most Don’t Identify as Pentecostal or Charismatic: Study

Did overturning Roe hand Democrats a lifeline? The view from Virginia.

Research provides insight on how companies should respond to negative publicity